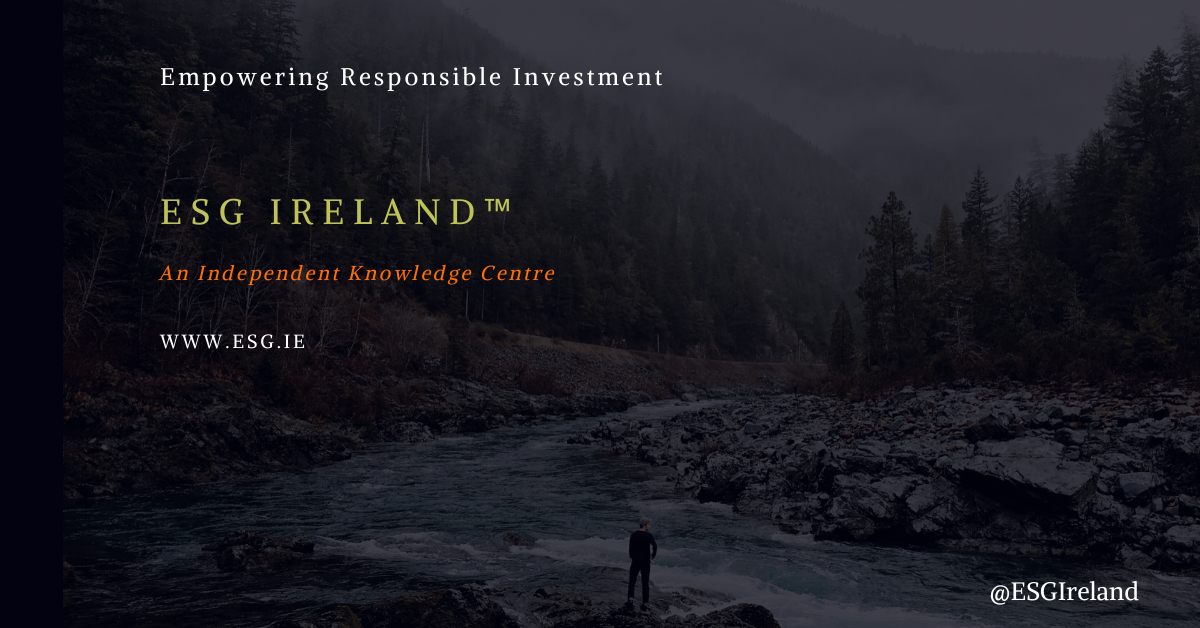 Almost two years ago my idea for ESG Ireland was born, in Argentina of all places. On a little laptop in a funky hostel in a small town called Tilcara, in the Jujuy province in northern Argentina, the seeds were sown and ESG.ie became…

In this blog I share some reflections from my return to Ireland in December, a summary of some of the projects that I have been working on from México, my upcoming trip to Ireland at the end of April and a thought-provoking quote from…

Impact Investment: intention is not enough

“For me, the impact revolution is going to be as pervasive as the tech revolution has been.” – Sir Ronald Cohen We are all students. If you are not learning something new in your field then you are going backwards. Despite having over 12…

(Yesterday I scribbled down these thoughts about what I think we need from the next President of Ireland, whether it is the incumbent or a newly elected individual. Since I wrote in Spanish and that is how it flowed I have kept it in…

To the delight of all ABU fans – Anyone but United – Manchester United Football Club appear to be in crisis, of identify and direction, the source of which ultimately lies in the club’s decision making since the retirement of the long standing and…

“Remember to look up at the stars and not down at your feet. Try to make sense of what you see and wonder about what makes the universe exist. Be curious. And however difficult life may seem, there is always something you can do…

My American Adventure: in the land of the Gods

Hola mis amigos I am in the land of the gods, Maradona and Messi! I have the spent the last month living in Buenos Aires, Argentina and Wednesday I fly to Santiago, Chile. I haven’t really published much this year so I have written…

My American Adventure: a week in Havana

Hola mis amigos I am writing from Fidel country, Cuba. I am based in the centre of Havana, close to old Havana – the centre of the original colonial city and the main tourist attraction. From my balcony facing onto the street Cuban life…

My American Adventure: more time on the road

Hola mis amigos The adventure continues. It is a cold December here in Xela in the mountains of Guatemala; central heating is a luxury we don’t have! Still, it is nice. The last couple of months have been unbelievable, so many highs from a…